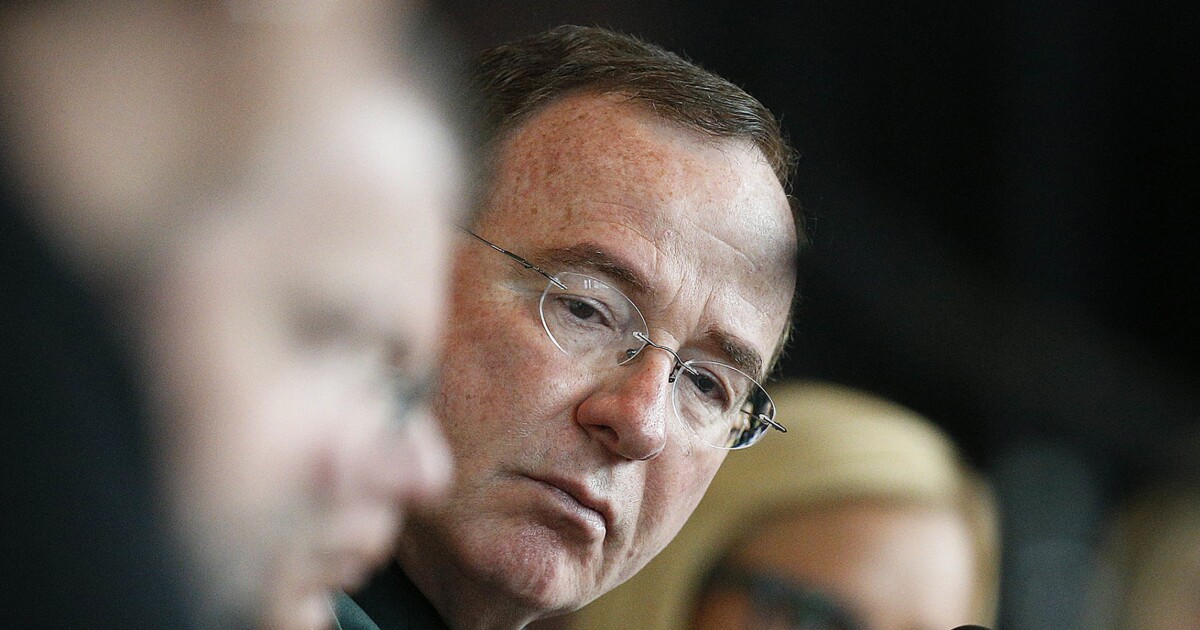 Some 3,000 sheriffs from around the country are urging lawmakers and administration officials crafting an immigration packages to drop a proposed cap on the number of illegals aliens ICE can hold, warning it will free over 8,300 criminal immigrants and endanger the public.

In a letter to House and Senate negotiators, the National Sheriffs’ Association and the Major County Sheriffs of America said: “This dangerous congressional proposal not only jeopardizes the risk of our national security, but hinders our law enforcement officers from effectively enforcing and upholding the law and protecting their communities.”

The letters were provided to Secrets.

Most of those arrested inside the U.S. have criminal records, convictions and have been deported before. The sheriffs suggested that those released often never return for court dates.

“Capping the number of detention beds utilized by ICE not only jeopardizes the integrity of the immigration system, but would cripple ICE’s ability to detain criminal aliens and other aliens who pose a risk to public safety or are a flight risk,” said the two letters signed by Sheriff John Layton, president of the National Sheriffs’ Association, Sheriff Grady Judd, president of the Major County Sheriffs of America, and Sheriff Mike Bouchard, vice president of governmental affairs for Major County Sheriffs of America.

The legislation puts a cap on those ICE can hold at an average of 16,500.

If passed, that would require ICE to release over 9,000, said the sheriffs, and they estimated that at least 90 percent are criminals.

The negotiations are ending soon in order to get legislation passed before a mid-February deadline that must be met to avoid another partial government shutdown.

“Any legislation that reduces ICE’s detention capacity would hinder its ability to perform its national security and public safety missions, but also impact local law enforcement’s ability to protect the communities they serve. In order to meet the cap being tentatively proposed by Congress, ICE would be compelled to release thousands of aliens from custody. To achieve the 16,500 adult average detainee population (ADP) caps for the remaining 7 months of the fiscal year, a net reduction of 9,264 adults by the end of this fiscal year would be required.

“Approximately 72 percent of ICE’s current detention population is subject to mandatory detention due to the alien having certain convictions or having committed certain acts. Over 90 percent of ICE’s arrests are aliens who have a criminal conviction, have been arrested for a criminal offense, or have been previously removed. Placing a cap on ICE detention beds will undermine the efficacy of the immigration system and reduce the number of aliens who are removed from the United States.”