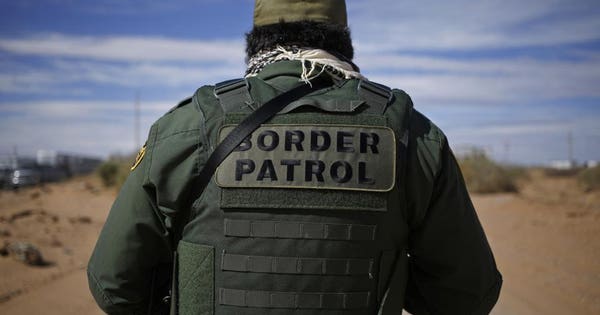 In a January 25, 2019, speech, Donald Trump argued on behalf of a wall along the U.S.-Mexico border by stating, “Israel built a wall, 99.9% successful, won’t be any different for us.” However, there appears to be a logical disconnect between insisting a wall will stop illegal immigration and at the same time increasing the number of Border Patrol agents. Simply put, if a wall was 99.9% effective in stopping illegal entry, then there would be little work for Border Patrol agents to do.

While the 35-day partial government shutdown ended on January 25, Trump warned he would either shut down the government again or declare a national emergency to get a border wall if his legislative demands were not met. That means the wisdom of building a wall, which was first recommended to then-candidate Donald Trump by political consultants Roger Stone and Sam Nunberg, remains front and center in the debate over immigration.

If those who favor a wall believe in its effectiveness, then we should find evidence that they are also advocating for far fewer U.S. Border Patrol agents. They could argue one of the benefits of a wall is America would need very few Border Patrol agents, since a wall could stop, for example, 99.9% of attempted illegal entry in the United States. Yet if one examines the actions of those favoring a wall and past legislative efforts, there is no evidence that lawmakers (and others) believe a border wall will be effective in stopping illegal immigration to the United States. (This also does not address visa overstays, which are now the “primary way of entering the U.S. undocumented population,” according to demographer Robert Warren.)

In February 2018, the U.S. Senate voted on an administration bill, which failed after receiving only 39 votes, that would have, in practice, mandated a wall or a series of “physical barriers” equating to the wall on which Donald Trump campaigned. Section 1111 of the Republican-supported “Secure and Succeed Act” required the Secretary of Homeland Security to “deploy along the United States border the most practical and effective physical barriers and tactical infrastructure available for achieving situational awareness and operational control of the border.” It included a $25 billion trust fund (Section 1301) to help achieve this.

It seems clear the Republican senators who voted for the bill did not believe the wall (or barriers) mandated in the legislation would be effective in stopping illegal entry. Otherwise, the senators never would have also supported Section 1141 of the bill, which included a large increase in the number of Border Patrol agents.

At the end of FY 2017, shortly before the Senate took up the Secure and Succeed Act, 19,437 Border Patrol agents worked for the U.S. government. Section 1141 of the bill mandated a 36% increase over that level – adding about 7,000 more agents. The bill stated, “Border Patrol Agents – Not later than September 30, 2022, the Commissioner of U.S. Customs and Border Protection shall hire, train, and assign sufficient agents to maintain an active duty presence of not fewer than 26,370 full-time equivalent agents.”

There is a place for more funds for border security, but a wall (or its equivalent) across the entire Southwest border of the United States is much more questionable. A permanent solution for Dreamers (young people brought to America unlawfully by their parents), more immigration judges and additional ways for people to enter the United States legally to work should be considered as part of any new deal on immigration.

If a border wall would be as successful in preventing illegal entry as Donald Trump has stated, then Border Patrol agents would largely be out of a job. Jason Riley wrote in a recent Wall Street Journal column on labor unions: “Everyone knows union members want better wages, benefits, working conditions and job protections.” Since the president of the union for Border Patrol agents (the National Border Patrol Council) has spoken in favor of the wall, it’s logical to assume he is not worried that the wall would work so well that lawmakers would start rapidly reducing the ranks of his union’s members.

Lawmakers, the Border Patrol union and even Donald Trump do not believe that a wall will prevent nearly all illegal immigration into the United States, the 99.9% effectiveness rate Trump has touted. If they did believe it, then they would tell Border Patrol agents to start looking for other jobs, since their services would no longer be required.