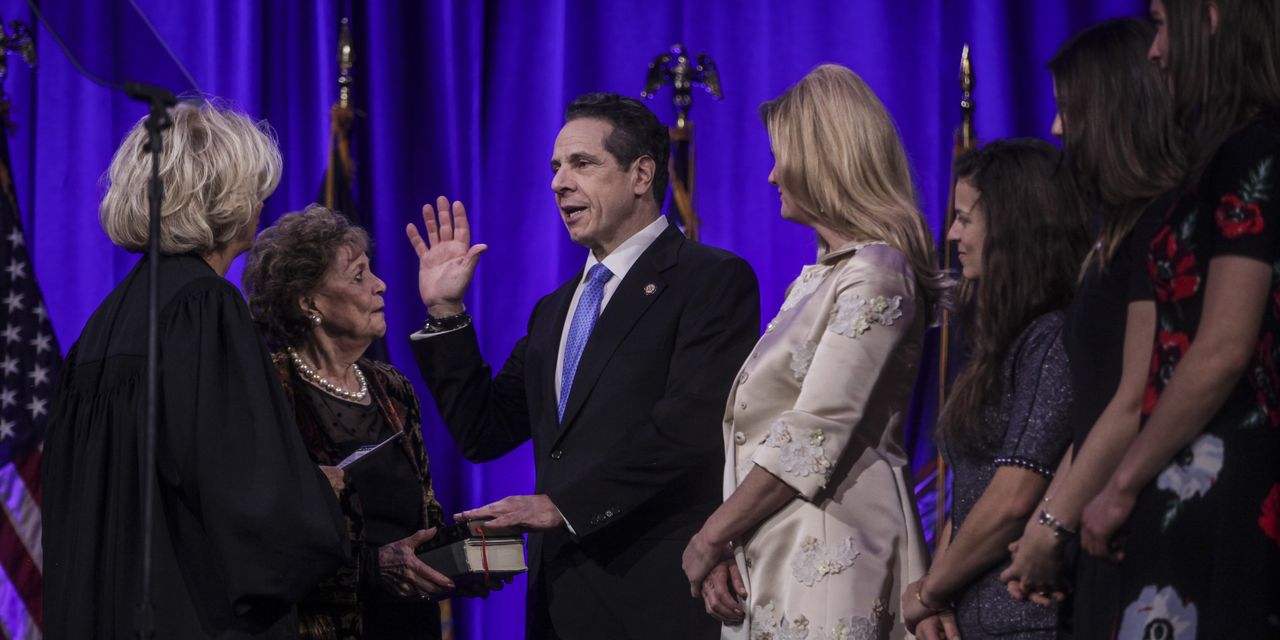 Gov. Andrew Cuomo called for unity and said during an inaugural address on Tuesday night that New York should set an example for an increasingly divided America.

The 61-year-old Democratic governor spoke from the Registry Room of Ellis Island, where millions of immigrants passed through, after he was sworn in for a third term.