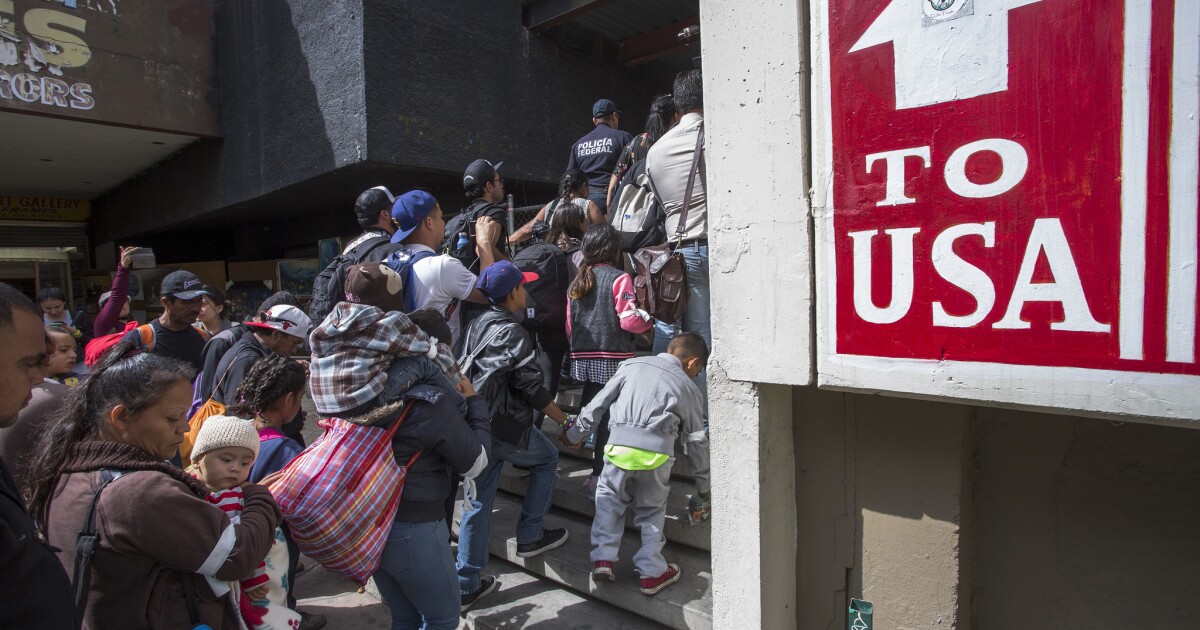 To the editor: An article in the L.A. Times tells us about Honduran asylum seeker Jose Lopez, a 10-year-old boy who had been waiting in Mexico for more than three months before crossing into the United States.

He and his father had presented their request to stay in the United States to an immigration judge, and had been denied. In November, Lopez’s father sent Jose to cross alone; the boy was taken into U.S. custody as an unaccompanied minor.

Now the United States has provided the boy with shelter. He will be getting a flu vaccine, schooling and more. He may be reunited with his mother, who was already here. At some point in the future, when the rules finally catch up with Lopez, we may suddenly be faced with another “through no fault of his own” situation.

I know we are supposed to feel sorry for these people, but I cannot help but worry that we are being abused. This unaccompanied minor trick is simply another ruse to try to bypass our immigration laws. This is not fair to everyone who tries to play by the rules.

To the editor: It is sad to read of the desperation of parents who send their children unaccompanied to this land of plenty, hoping for their safety and union with family. The young immigrants are trying to escape the dreadful, life-threatening conditions in the camps at the border in search of security with their relatives who live in the United States.

There is disorder and delay at the border because refugees who legally have a right to seek asylum are now forced to remain in Mexico. Does our system have the means to unite children with relatives who are in the U.S.?

It is an indictment of our government’s “remain in Mexico” policy and an indictment of policymakers and immigration officials that the unaccompanied children who languish in U.S. custody are in limbo, separated from their parents, having crossed the bridge alone, but unable to join relatives in the U.S.

To the editor: Asylum was designed for those fleeing persecution as a result of being in a recognized group. Parents who do not qualify for protection are trying to game the system by leaving their kids alone to get into the country as unaccompanied minors.

I guess the solution is obvious: Let in everyone in the world who wants to come.